other eye is a duo by composer-performers Yiran Zhao and Kirstine Lindemann and the name of their first piece.

Hailed by the press as one of the highlights of the 2018 International Summer Courses Darmstadt, the collective kicked off their collaboration as participants in the final concert of the workshop with Jennifer Walshe and David Helbich.

Their work draws on composed music, sound art, and new media. Addressing questions of gender and identity, other eye focuses on the physicality of the performing body. 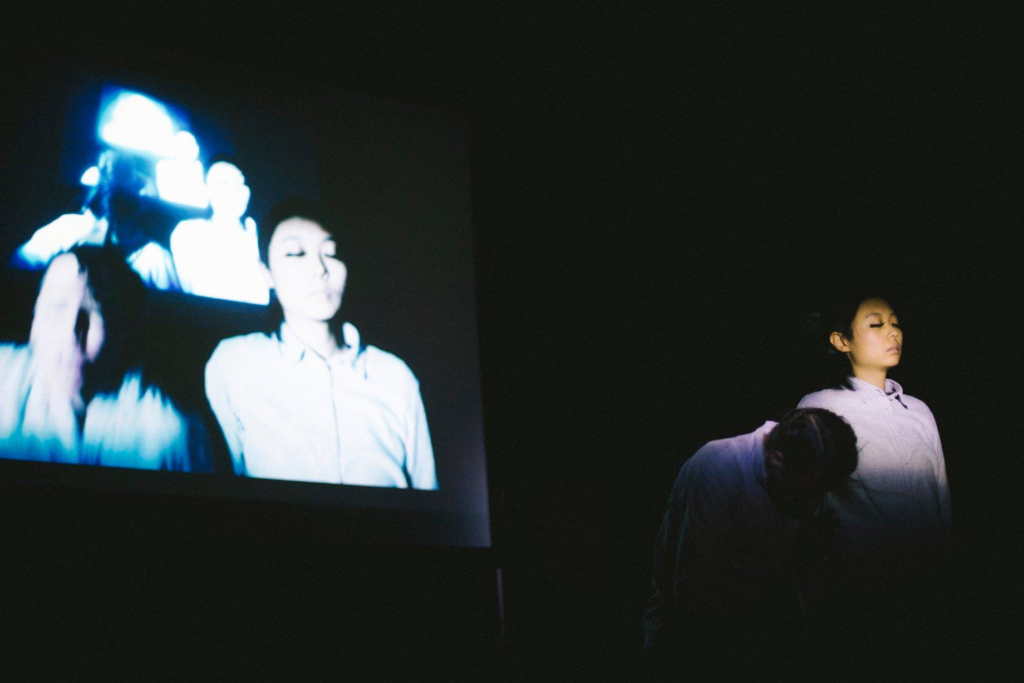 Or click here to check the excerpt from live recording on 26. July 2018 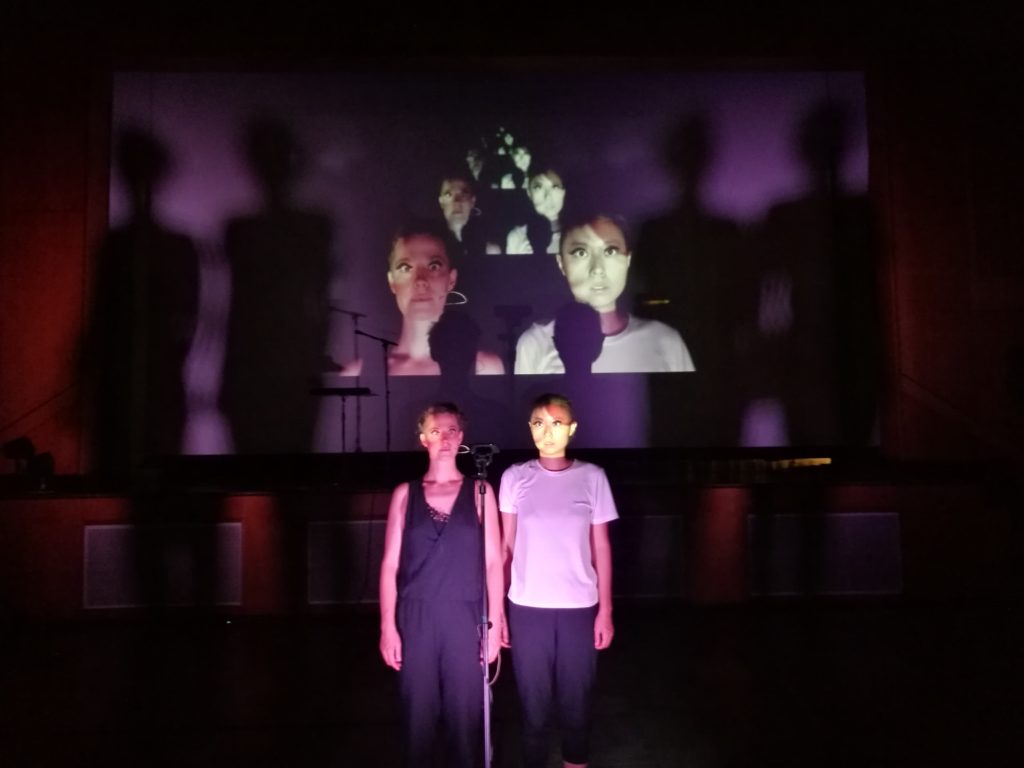 “The most exciting part of the Summer Course, in which plot and content was not entirely predictable, was presented by the workshop participants. Expectations were high from the outset, with faculty bearing names such as Kubisch or Walshe, but experiences such as those from the young artists Yiran Zhao and Kirstine Lindemann from the composer-performer workshop went beyond even these. With their piece they made it even clearer what concerns the next generation: the performing body, furthermore the question of one’s own identity. The means of choice: Camera and projection. Touching their bodies with stethoscope-like contact microphones the two artists produced delicately harsh, silverthread-like timbres, while a camera filmed them and projected the image several times recursively behind them. With short preparation time and only a few days in the performance space it is of course not possible to make great leaps in music history, but nevertheless small steps in the mini discourse.”

Description of other eye

The work ‘other eye’ situates the convergence of and difference between two bodies at the center of its dramaturgy. The two figures are both alike and unlike; and the degree to which they are able to engage with one another forms the core of the piece’s dramatic tension. The piece invites the audience to view the two figures as simultaneously alike and unlike, exposing the dissonance in our conception of self and other.

At the same time, the piece invites a certain intimacy in our consideration of performing bodies, magnifying the performers’ physical bodies to the scale of sound and video installation, bringing their inner corporeality to the stage. We are no longer at a safe, objective distance from the performers on stage, but experience their inner physicality directly through contact microphones and magnified video.

The piece thus operates on several levels in its consideration of the human connection with and through living bodies, and provides the audience with a disconcerting, sometimes dispassionate, but also sometimes quite humorous or simply human, encounter with human physicality. 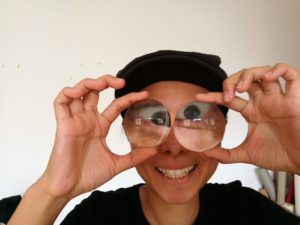 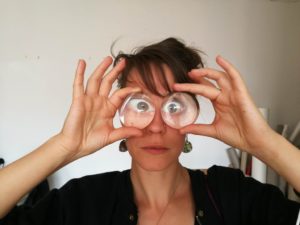